The third Tokugawa shogun, Iemitsu, established the central government in Edo and asked Kobori Enshū to create a garden in the Ninomaru 二の丸 – Second Compound of the Edo castle. Here, Iemitsu planned to build his second palace, the Ninomaru Goten at the area of today’s small grove.
It was assembled with a teahouse and some other pleasure buildings. However, fires repeatedly destroyed the gardens, but during the reign of the ninth shogun Tokugawa Ieshige, plans of the garden were drawn.  These plans survived until today and were used to reconstruct the garden in the 1960’s.

This garden is famous for: 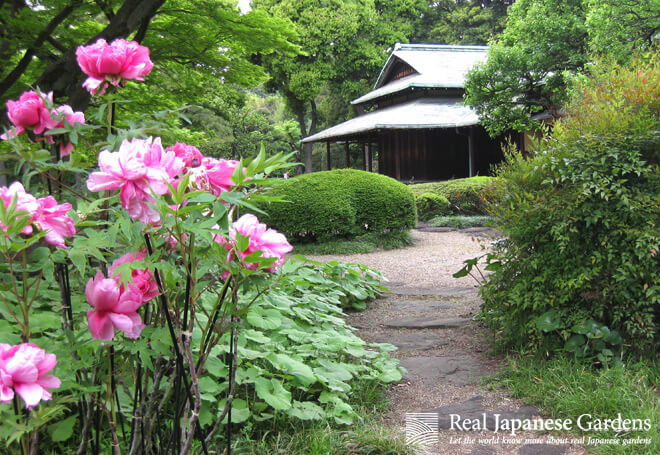 Tree peony near the teahouse in the Tokyo Imperial Palace. 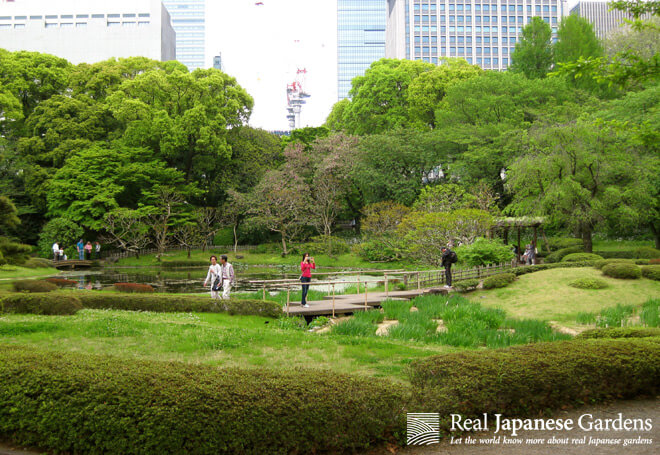 Iris fields in spring in the Tokyo Imperial Palace. 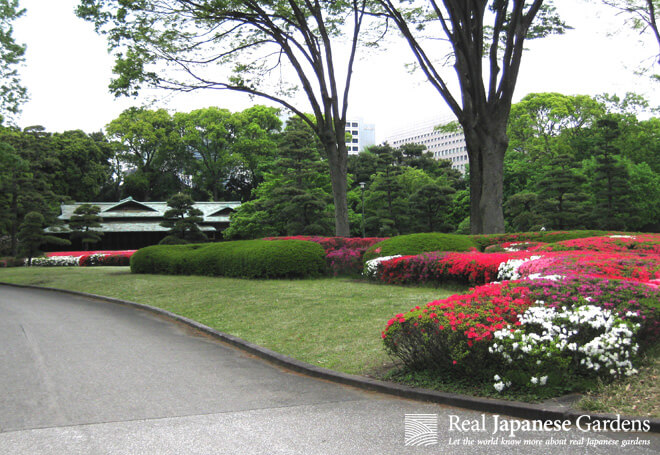 The large teahouse in the garden of the Tokyo Imperial Palace. 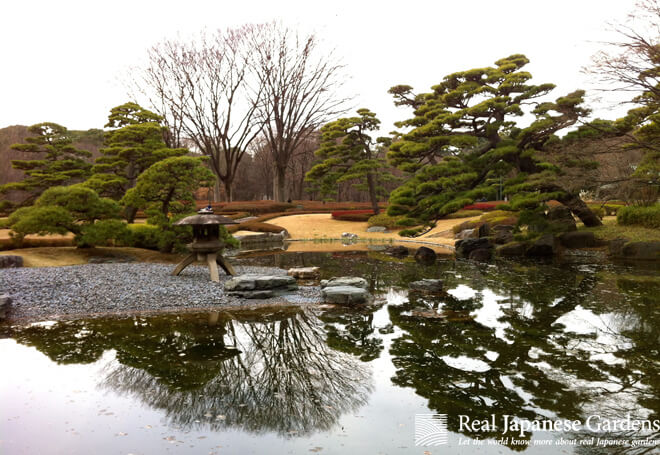 Winter scene at the pond of the Tokyo Imperial Palace.

More information and a digital guidebook are available on the website of Real Japanese Gardens. 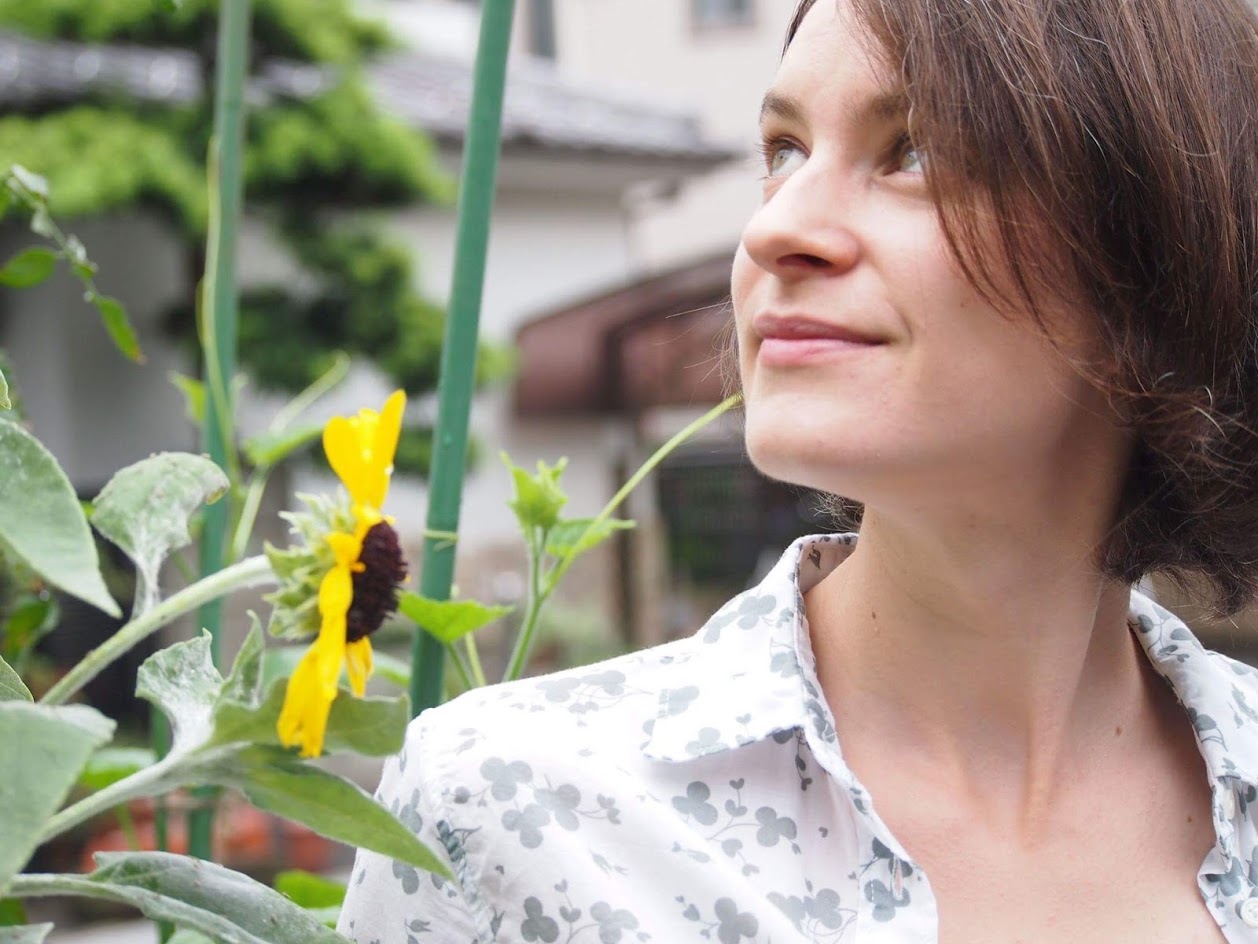 With twelve years of professional landscaping experience under her belt, Anika Ogusu is your perfect guide to the world of Japanese gardens.
For two years she apprenticed under local landscape designers and learned the art of Japanese garden design, construction and maintenance.
[...more]